On the Way to Granite Park Chalet 1971 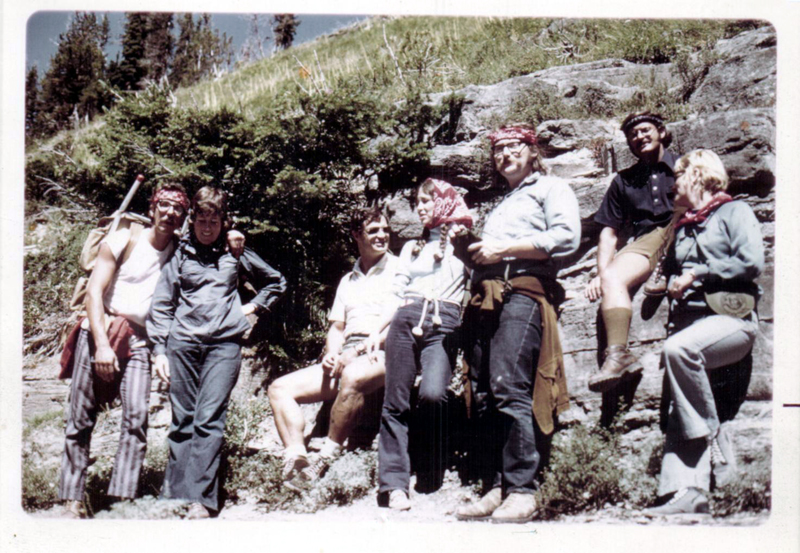 It is 1971 and Richard Nixon is President and Spiro Agnew is Vice President (neither for too much longer), Vietnam is a disaster and the first startup company (TENET) that I had worked for was now out of business. And this was after it created a new computer, a new operating system and winning a contest to deliver a “cloud” like service for the California Department of Transportation. (The computer ran another 16 years with no company to support it and this computer was providing all the engineering software for all the highways in California during that time.)

So I am unemployed but Marian has a good job as a teacher and this was a time when California was paying good wages for teachers since the state was growing rapidly. My father and mother in law had moved to California to be closer to their grandchildren (not ours, we had no children at this time) and Gus mentioned that he had purchased some land in Montana and had always wanted to have a cabin on it. I volunteered that my dad considered me totally incompetent around tools but that I had always wanted to build something. (I took Latin in high school while almost all the other boys except Bruce and Reno took shop.) We discovered something called a Lyndall Cedar Home which was pre-cut so that even total incompetents could build it. We had enough money to pay for the lumber but not for the labor. To solve this problem we offered friends free room and board in exchange for labor.

Now my idea of manual labor was formed on the farm. When baling or combining, the wives would bring out coffee/Kool-aid at the 10 and 3 o’clock “lunch” break. Dinner was noon and was substantial and then in the evening was supper. Unfortunately our labor had backgrounds as teachers, engineers and programmers.

We had unloaded the lumber (40 ton) by hand (there were no fork lift rentals in the valley at that time) and started the first day of construction. I had indicated to Marian and Marie that a light lunch at ten would be followed by a real meal at noon. They then proceeded to go to Kalispell shopping (maybe for food but we never saw it) and did not return until supper time. Bottom line is that Marian and I put up most of the building after the flooring. It went relatively quickly considering the quality of the staff. By August we had a roof on (tar paper) and could move in. There were no doors, no kitchen and it was not wired. Cooking was done outside using the power pole provided for construction.

We have built something and it was time to take a break. The Granite Park Chalet was a great place to visit in Glacier Nation Park. It was a day hike in along the Garden Wall on the West side of the Continental Divide and then another day out by going East up and over the Continental Divide down to Many Glacier Lodge.

The hikers from (right to left) 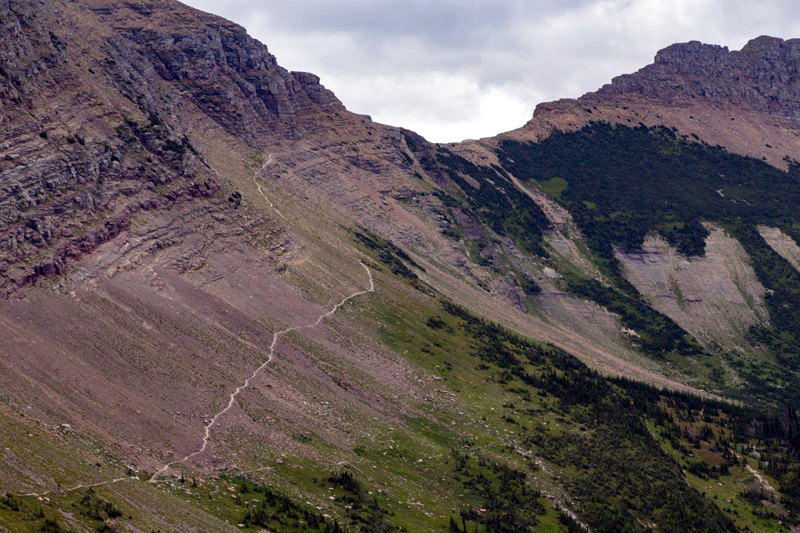 The “Highline Trail” starts at the summit of Going to the Sun Road and then goes along the Western side of the continental divide just below the summit. The area from the trail to the top of the range is called the Garden Wall. The trail is only open for maybe 6 weeks a year because of snow and often less. The road is cleared to get to the Pass around July 4th and then closes in early September.

The Chalet has since been renovated but when we were there, the wind just howled thru the rooms. There were huge cracks around the doors and windows. You know there is a breeze inside when the curtains are horizontal. The first time all we had was spare socks because it was very warm in the valley. It is better now that it has been remodeled.

In the background, that is not a lake. It is clouds covering the lower valley.

This is bear country and the shutters down stairs were made out of railroad ties with spikes driven outward to discourage the bears. There was no such protection upstairs which was somewhat disconcerting.

It is a truly spectacular hike. You would typically see (or are seen by) mountain goats, mountain sheep, marmots (big rodents), deer and moose. The marmots do not come one at a time but by the hundreds. Marian did not find this experience pleasant.

The Other Side of the Mountain

After sleeping in a very cold place, we headed out the next day to cross the Continental Divide. From the Chalet this was up another 1000 feet or so. If we had gone in another direction, there is a Triple Divide which has water flowing into the Atlantic and Pacific as the Continental Divide does but also into the Artic. The divide had the usual rock pile where climbers stacked a rock to mark their crossing. Going down the other side was like a different world. The wind had turned all the trees into leaning shrubs. The trail on the Western side was mostly clear of both trees and shrubs (The Tree line picture shows this). On the Eastern side the trees are pretty thick and you cannot see off the trail at all. There are moose so close you do not see them until you run into them as we almost did. Even though we were going down, we were going a lot further down. On the West we started at the high pass and only had to go up from there. On the East side we started at the Continental Divide and header down to roughly 3500 foot elevation. Two members of our party had altitude sickness before we got down and laid down on the trail and waited for us to send the Rangers to rescue them. Fortunately, we were only about 100 yards from the Ranger Station and so it was a quick rescue. 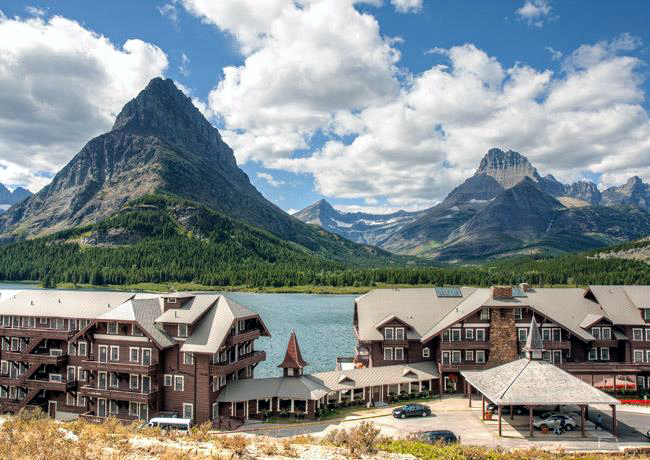 The bad part was some of us had to walk around Many Glacier Lake to the Many Glacier Hotel to get Gus, who was waiting to take us back to the cabin. That little walk was another mile or so and we were pretty shot by them. Gus, Marian’s dad, when he was young had not only hiked to Granite Chalet but then on to Canada and Lake McDonald which is where the Price of Wales hotel. He was a better hiker at 75 than I was at fifty. We go to the Ranger Station and pick up the invalids and the rest of the group and head East Glacier and back on Highway Two. It is much straighter and faster than the Going to the Sun road.

It is in East Glacier that Edith, Marian’s mom, spent many summers - her uncle owned the General Store there.

Edith lived in Havre which was about 400 miles East of Glacier on the High Line which was serviced by the Great Norther Railway. Edith’s dad was a conductor on the Great Northern.  Since there were no highways across Montana at that time, Edith’s Dad would have them put his car on a flatcar and transport it, and the family, to East Glacier. There were no car passable roads to drive into East Glacier but there were cars there and Edith’s family had one of them