You Are All Crazy

By the 1980’s, Silicon Valley had been established as a major center for innovation and this was largely based on the advent of the microprocessor.  Previously, the Route 128 region around Boston had been the hot bed of innovation based on Mini Computers from companies such as Digital Equipment Corporation (DEC) and Data General (both of which have disappeared even though they were multibillion dollar companies at the time.)

By this time, I had created an In-Circuit Emulator company for microprocessor development and subsequently sold it.  Following that I became the Group VP for a graphic imaging company and while in that position, the company had gone public.  So, based on typical Silicon Valley logic, it was time to create a company with major VC funding.  Being an officer in a public company gave me access to first rate attorneys (Ware and Freidenrich) and venture capital (Merrill Lynch Venture Capital and Bay Partners).  They were willing to do the funding if a third VC group would evaluate the idea and invest alongside the first two.  So the team I had put together was making presentations to various VC groups in the valley.

About the same time as the third investor search went on, a major trade show for VC’s was created in Monterey.  Invited startups would make their pitch to an audience of 500-1000 VCs. If the pitch was attractive, then VCs would sign up to attend private, small group meetings.  We had roughly 30 VCs at this meeting including the venture department from some of the larger East Coast computer companies who were trying to figure out how to compete in this new world.  One of the attendees in our private session was from Univac in Blue Bell Pennsylvania. We chatted briefly at the meeting and then were to meet later at the large cocktail reception that evening.

The Univac representative had flown into San Jose and then taken a car south over Highway 17 to Monterey.  Highway 17 in the 80’s was a killer road. It went over the Santa Cruz Mountains with 4 lanes and no barriers separating the oncoming lanes. It was (and is) extremely curvy.  On one side of the road would be the face of the mountain and on the other would be a straight off drop of hundreds of feet and at this time the speed limit was 65 mph.  All of this was bad but the road was full of BMWs and Corvettes treating it like a road race.  A first time driver from the flatlands must have been terrified.

At the cocktail party, the Univac representative and I met up and talked in general. He indicated that part of the reason for his attendance was to understand how people could leave a good paying job at a large company and join a startup.  He indicated at Univac it was not just him losing access to a pension and health care but membership in the local country club. For his wife, leaving the country club would be a huge loss of status and she would never accept it. Finally he said, I did not understand until I drove down here on Highway 17 and then it became very clear: “You all are crazy”. 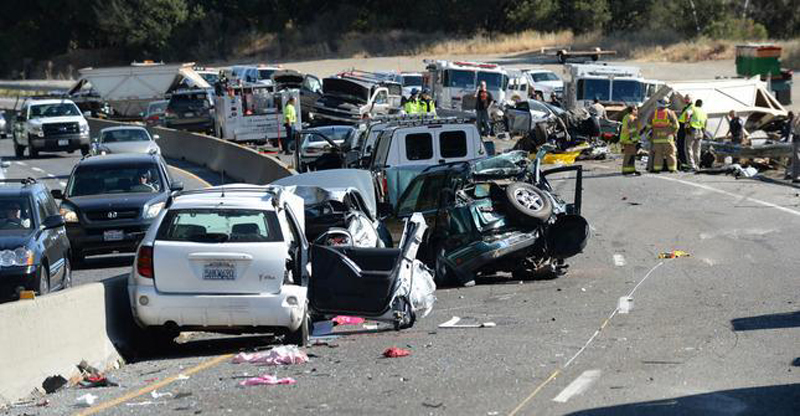 Highway 17 named one of California's most dangerous roads